structure and ecstasy freedom is expressed through limitation 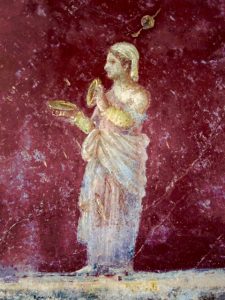 “State of life bound by monastic vows,” also “conduct indicating a belief in a divine power,”  “piety, devotion; religious community,” and “respect for what is sacred, reverence for the gods; conscientiousness, sense of right, moral obligation; fear of the gods; divine service, religious observance; a religion, a faith, a mode of worship, cult; sanctity, holiness.”

According to Cicero derived from relegere “go through again” (in reading or in thought), from re-“again” (see re-) + legere “read” (see lecture (n.)). However, popular etymology among the later ancients (Servius, Lactantius, Augustine) and the interpretation of many modern writers connects it with religare “to bind fast” (see rely), via notion of “place an obligation on,” or “bond between humans and gods.” In that case, the re- would be intensive. Another possible origin is religiens “careful,” opposite of negligens. In English, meaning “particular system of faith” is recorded from c. 1300; sense of “recognition of and allegiance in manner of life (perceived as justly due) to a higher, unseen power or powers” is from 1530s.